This paper aims to explore LIBERTINISM as a discourse-generative concept of the English Restoration and its manifestations in the 17th century drama. In the focus of attention are: the dramatic discourse of the seventeenth century and social and historical conditions that predetermined the origin and development of libertinism in the Restoration drama. In this article, I argue that during the Restoration LIBERTINISM thrived along with such concepts as EMPIRE, HONOUR, LOVE, MODE, SCIENCE, TRADE, and WIT. It is stated that after years of bans and prohibitions libertinism began to develop as a reaction against an overly religious dominant worldview that was imposed on the English people during the Interregnum. It is confirmed that libertinism was widely disseminated in the play-houses which were reopened by Charles II after almost a twenty-year break. In this article, I argue that libertinism takes its ideas from the teachings of René Descartes and Thomas Hobbes; it viewed as extreme hedonism and rejection of all moral and religious dogmas. Charles II himself set an example which was emulated by his courtiers and therefore libertine modes of behaviour were demonstrated to the general public as role models by the aristocracy which regained power with the Restoration. I also claim that as during the English Restoration many play wrights either were libertines or wrote about libertine behaviour and adventures in their plays, the dramatic discourse of the seventeenth century gave rise to a new type of English identity–the English Restoration libertine-aristocrat. Accordingly, the dramatic discourse and dramatic performances of the seventeenth century were the means of establishment, reiteration, and dissemination of the libertine ethos. 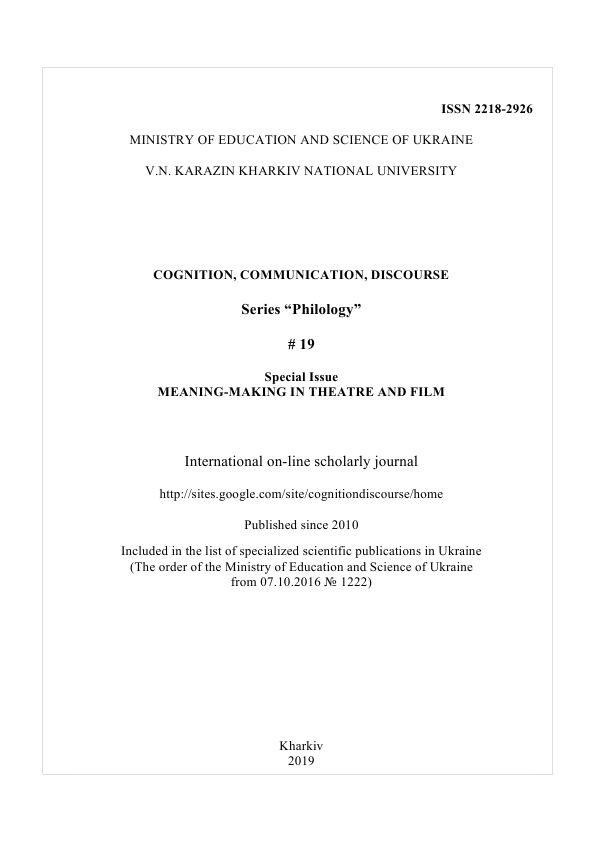 This work is licensed under a Creative Commons Attribution-NonCommercial-NoDerivatives 4.0 International License.

Authors, who publish with this journal, accept the following conditions:

The authors reserve the copyright of their work and transfer to the magazine the right of the first publication of this work under the terms of the Creative Commons Attribution Non-Commercial Non-Derivs License (CC BY-NC-ND), which allows other persons to freely distribute a published work with mandatory reference to the authors of the original work and the first publication of the work in this journal.

The journal policy allows and encourages the authors to place the manuscripts on the Internet (for example, in the institutions' repositories or on personal websites), both before the presentation of this manuscript to the editorial board and during review procedure, as it contributes to the creation of productive scientific discussion and positively affects the efficiency and dynamics of citing the published work (see The Effect of Open Access).