Berestneu S. I. On the Obsequial Rite of the Timber Grave Culture Tribes in the East Ukrainian Forest-Steppe Region

The article considers the obsequial monuments of the timber grave culture in the Eastern-Ukrainian forest-steppe region. The said monuments are represented by the sub-mound and grounded sepulchres according to the rite of inhumation or cremation of a dead body.

Yielded is a conclusion that having fallen into the sphere of influence of timber-grave culture tribes that had migrated from the Eastern more regions the aboriginal population of the forest-steppe region apprehended only the formal side of the culture though still retained their own ideological traditions for a while that were reflected in the obsequial rite. 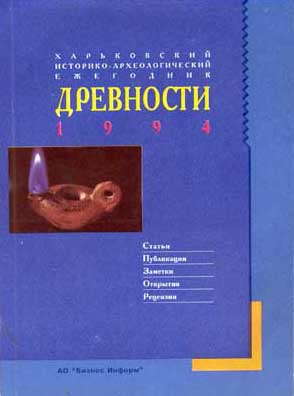