Alexeyenko N.A. Provincial Chersonesus In the Sphere of Interests of Byzanthine Court on the Basis of Data From Imperial Molivdovules

Besides records in written sources and monuments of epigraphiecs, one of the factors depicting a special interest of the Byzantine administration to Cherson is findingsof imperial seals.

Analysis of findings of imperial molivdovuls in Cherson lets define three periods within which the city was given the greatest attention from the part, of the Byzantine Court-Yard.

1. The end of the V — the beginning of the VII century — 8 specimens (Emperors:

The appearance of the first group is surely connected with the active policy of Byzantium in Tavrika, when a great number of measures were undertaken to strengthen Emperor's positions in the North Coasts of the Black Sea.

The second group is connected both with the period of the highest blossom of Cherson and with the period of aggravation of the foreign policy near the Northern boards of Byzantium. Nevertheless the findings of the seals of Vasiliy II and Konstantin IX witness that during the beginning of the XI century Cherson was still included into the sphere of imperial interests.

Starting with the second part of the XI century Byzantium almost couldn't impact the distant overseas province. Considerable change in the region's foreign policy preconditioned some independence of Kherson and further on it caused even the change of Kherson's political orientation. The seals of the third group witness this fact.

The findings of molivdovuls of Trapezundskiy Komnin found in Kherson prove once again the presence of contacts with its neighbor from the south and its interest to these links. In its turn this fact shows that even during the period of its decline Cherson remains an important base of theTrapesund Empire in the North Coast of the Black Sea. 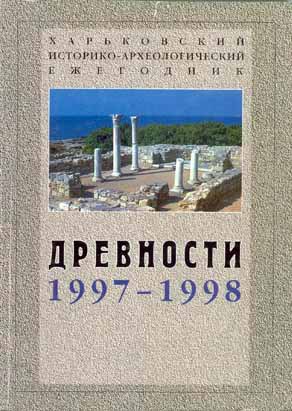