The article represents critical analysis of the Kem-Obinsk culture (KOC) of the Bronze Age that was segregated more than 40 years ago for the piedmont zone of the Crimean peninsula and that gradually became a cultural and historical community that covered all the Crimea and steppes of the Northern Black Sea Coast. On the grounds of analysis of more than 50 Crimean "Kem-Obinsk" complexes, the author comes to a conclusion that neither of features that are considered characteristic for this phenomenon — presence of stone constructions above tombs, arrangement of stone or wooden boxes in tombs, painting walls of sepulchral holes, sprinkling the bottom with pebbles, limestone bits or shells, existence of various types of stone steles and menhirs, original structure and character of accompanying implements — can be considered inherent to the KOC only because they have the analogies in multitude in some cultures of the Early Middle Bronze ages. In the author's opinion, the characterized monuments are left by pit tribes which, having penetrated into the Crimean piedmonts, have absorbed some traditions of local Aeneolithic inhabitants and have been influenced in a certain manner by the part of the Northern Caucasus, that has predetermined an originality of their material and spiritual culture. 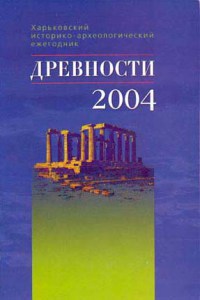