V. Bylkova. New Find of Amphora Assemblage in the Site of Belozerskoe

The remains of the household structures were discovered in north-east sector in the site of Belozerskoe (at the mouth of the Dnieper) by the Expedition of Kherson State University in 2004. The pit 105 had been containing nine amphoras of the Heraclean production which have been accompanied by other pots and small finds. The finds from pit 105 shed light on chronology of this settlement and provide new evidence for coincidence of different types of pottery. The amphora stamps from the pit 105 suggest late fourth century B.C. for a date of fill. The pit was also containing a net-lekythos of the late type, gray olbian pottery, a toe of the amphora from Chios.

Finds of pit 105 includes also an Olbian coin and iron tools. Dated to ca. 415–400, the assemblage determines the end of the main building period in the Belozerskoe site. 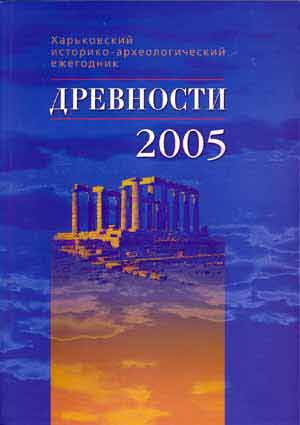